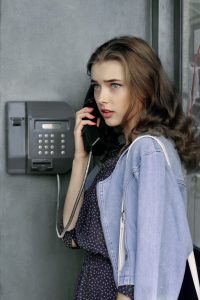 I didn’t get the beginning. I was eavesdropping after all and my left ear hasn’t been right since that fever stole the sound. Still, I was intrigued. Who’s he? What’s this superior talent? And more importantly, where does that leave her, him, and the lucky bastard they’re discussing?

I’m not a nosey person. Really. People and their comings and goings are typically more peel than fruit. But this seemed to be a matter of love, or more accurately, love going south. So can you blame me? People stare at traffic accidents and this was a three-heart pile up.

Plus, I sorta know the girl. We met last week in a bowling alley of all places. I extend the pompousness not on my behalf, but hers. She’s a sophisticate. Me, I come complete with a polyester shirt and a personalized pair of tri-color shoes. I’m a leaguer all right, sporting a 230 average, but with the kind of unpredictable nature that keeps me out of the pros and safely imbedded in the company of other local legends.

Anyway, she’s not a bowler, just a girl whose car broke down in front of a strip mall. Lucky for me the drugstore was closed and the service station attendant was a first generation Lithuanian who didn’t speak BMW. I didn’t talk to her then of course. I mean who would? But I was standing there when she asked Joe, the shoe man for some change for the payphone. Thank God for spotty cell coverage.

What a voice. A strange thing to fixate on when such beauty stood just inches away. I absentmindedly closed my eyes and nearly missed the show completely.

If only I were handy. I could’ve played the hero maybe even inched closer to the better boy she was going on about now. But I have less auto-related wherewithal than a seal has feathers so I stayed silent as she recapped her woes to the auto club. I’m guessing they got a similar vibe for they arrived in record time. They whisked her away so fast that even her perfume failed to linger. I thought that was it for us, but here I am, sitting in a coffee shop struggling to hear a conversation that I shouldn’t be listening too.

“Come on,” she said. “Everyone knows Rose is still the king. No. No. The Japan ones don’t count…not really. Look, when Billy Joel includes Ichiro in a song I’ll consider it. Till then, you’re dreaming, babe.

Ha. Sure. See you tonight.”

She slid from the booth, settled up at the register, and breezed out the door.

Sure I felt stupid. Foolish, creepy, and embarrassed for letting my imagination run wild. But it wasn’t all bad. Her perfume lingered this time and so did I.