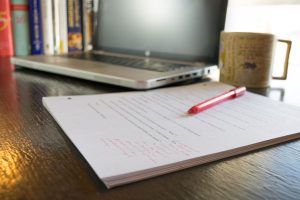 Thanks for your notes. I understand you’d like the book to demonstrate more “inclusiveness”, so I’ve taken your suggestions.

All characters are now gay, except for Gianna who is bisexual and Vinny who is questioning his non-binary, gender fluidity. I initially struggled to make the goldfish a transvestite, but I think I got there. If we sell the movie rights the CGI folks will need to work a little magic, but hey, good problems.

I also managed to remove all the white people, except of course for Gus. Obviously, the other characters will need a Baby Boomer to blame their misfortunes on. Don’t worry. I made him a crotchety, old bigot who gets consistently schooled by morally superior millennials.

The change in setting was tricky, but I managed to replace the conservative farming town with a series of inner-city rooftop gardens manned (or should I say “personed”) by a socialist community of vegan, kale enthusiasts. Great suggestion. The shift not only eliminated any potential toxic masculinity and conservative viewpoints, it also reduced imaginary emissions since all characters now travel via mass transit.

I have to admit, I was skeptical about the changes. I thought they might slow the plot. Turns out conflict increases when you delete police, edit out capitalism, and find/replace liberty with government oppression.

Of course, I can’t help being a Gen-X white guy. We’re notorious for snark and not buying into politically proper bullshit. That said, I really tried to combat my natural inclinations by identifying as a historically marginalized fruit bat throughout the editing process.

Please note: Any typos are due to faulty sonar and rudimentary echolocation.