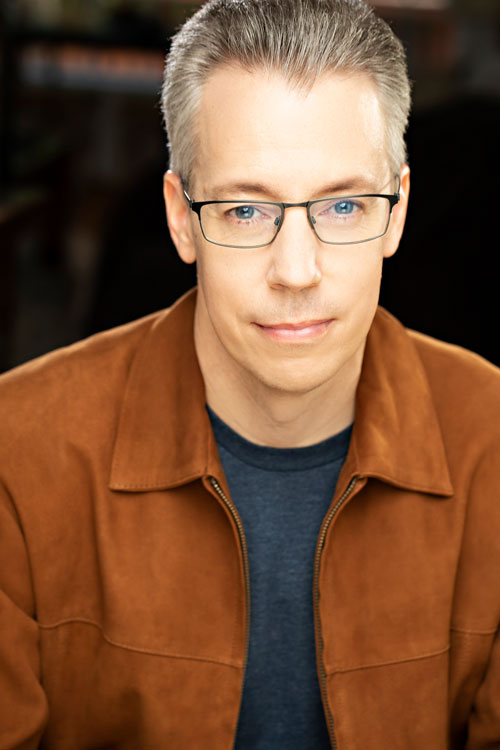 People are more than a professional brand. My writing reflects that.
Feel free to pick a lane or opt for an off-road reading experience.

The Novelist – At home I’m a blue-jeans kind of guy who likes rainy nights, top down days, and sipping good wine with great people. My fiction has been called Philosophical adventure and my books are filled with real characters…slightly bent. 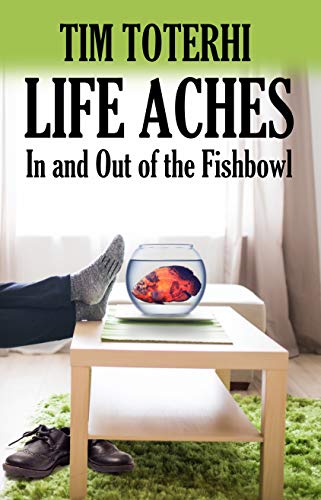 Life Aches In and Out of the Fishbowl

Sometimes it takes a little magic to mend a broken heart.

Thomas Fenelli used to be a winner. Then he hit bottom and kept digging. His best friend’s a fish. His brother’s a philandering bully. And he’s haunted by a girl who ghosted him. He’s lost his career, his self-respect, and all hope of maintaining his sanity.

He’s about to give up on life when he meets Noelia, a Spanish beauty who exists only within the walls of the Thomas Paine Cottage Museum in New Rochelle, New York. She leaps from the paintings and into his heart, restoring his self-confidence and teaching him how to move forward.

When Noelia’s museum is marked for demolition, her existence is threatened. Now Thomas must struggle to rebuild his life while rescuing the spirit who saved him from himself 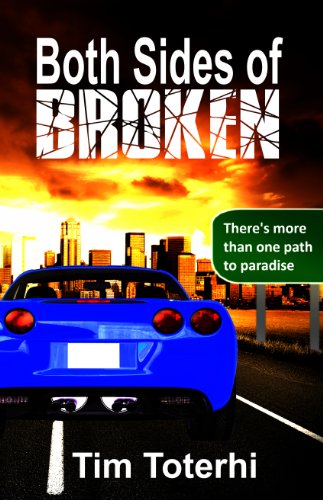 Both Sides of Broken

It’s hard to stop a hitman from killing your father.  It’s even harder when you’re dead.

Jonathan Holiday and his two brothers are desperate for money. Their comatose father has it, but his hospital meter is ticking away. In an effort to save themselves, the three arrange to have the abusive old man murdered. After hiring the killer, Jonathan has a change of heart. Unfortunately, he also has a suspicious accident. Now he must battle back from a series of “After-Earths” to convince his self-absorbed, cash-strapped brothers to stop a supernatural hit man from doing his job.

Both Sides of Broken is a story about defeating demons – those of this life, those in the next, and most importantly, those within ourselves. 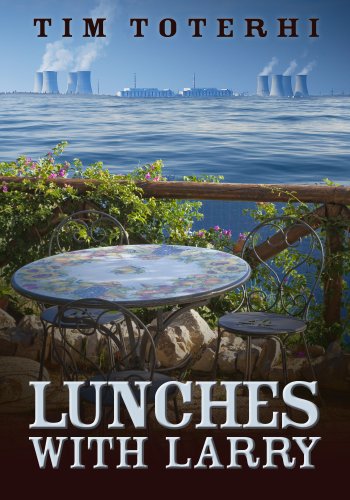 God and a nuclear fuel broker meet in a sports bar to discuss women, work, and other life mysteries… What sounds like the start of a classic political joke, is actually the beginning of a thought-provoking philosophical adventure. Set against the scandalous decline of the largest, privately-held business empire in the nuclear brokerage industry, Lunches With Larry follows a young, romantically-challenged, business misfit on his crusade to find true love, lasting friendship, and the answer to the oldest of questions. 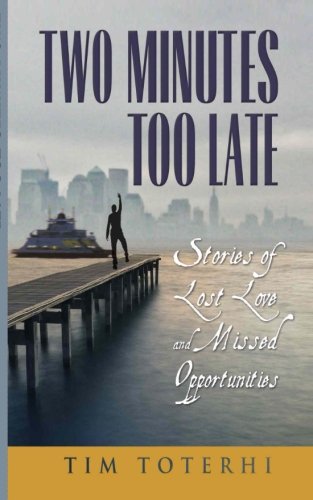 We’ve all been there – missed the boat, missed the point, missed the chance at that something or someone special now long gone. We ache for a do over knowing full well if the wish were granted it would forever change the person we’ve become. Two Minutes Two Late is a collection of stories detailing the missteps of a hapless romantic. From career blunders and criminal exploits to dating debacles to goodbyes unsaid, it reminds us that while follies happen the future is unwritten and ours to explore. 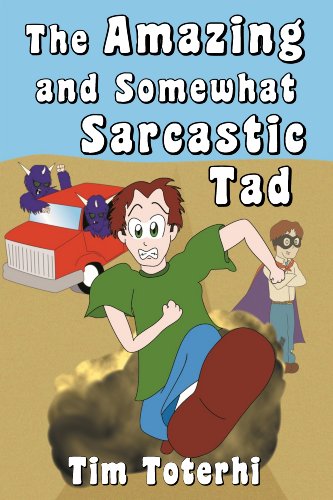 The Amazing and Somewhat Sarcastic Tad

This is a largely ridiculous coming of age adventure book set in the 1980’s. It’s sure to make you chuckle and aggravate any idly standing authority figures.

So here’s the gist: Six Florida-based buddies struggle to maintain their youthful idealism as they travel to New York to stop a local mob boss from blackmailing their friend. During their quest they are guided by a talking tree; a partially invisible spirit-like substance; a hyper-galactic, Bee-ben-bobble playing number stealer; the evil corporate Zukes, and a semi-superhero called Barley Man. After navigating a series of moral dilemmas they stand ready to fight for life, love, and a big bucket of cash.

A special note for “old” people:
Sometimes parents forget to take their children seriously. Whether it be their emotional stability, their ideas on spirituality, or even something as simple as their tastes in music; somehow, some way, many kids get the feeling that you’re just shrugging them off. Sad really. Perhaps we should enhance the dialogue. After all, kids have so much to say, and so much to ask.

So chill out already. Sure the book contains some off-color humor and a few whacky philosophies, but hey look on the bright side, your kid is literate. Way to go parent people! Besides, how badly can it warp their brains? I think the Internet has that covered. Loosen the reigns. Let them dream a little. Who knows, you might decide to join them.

The HR Guy – I’m not your typical CHRO. I’m passionate about slashing bureaucracy, rethinking old thinking, and helping people make the most of their careers. 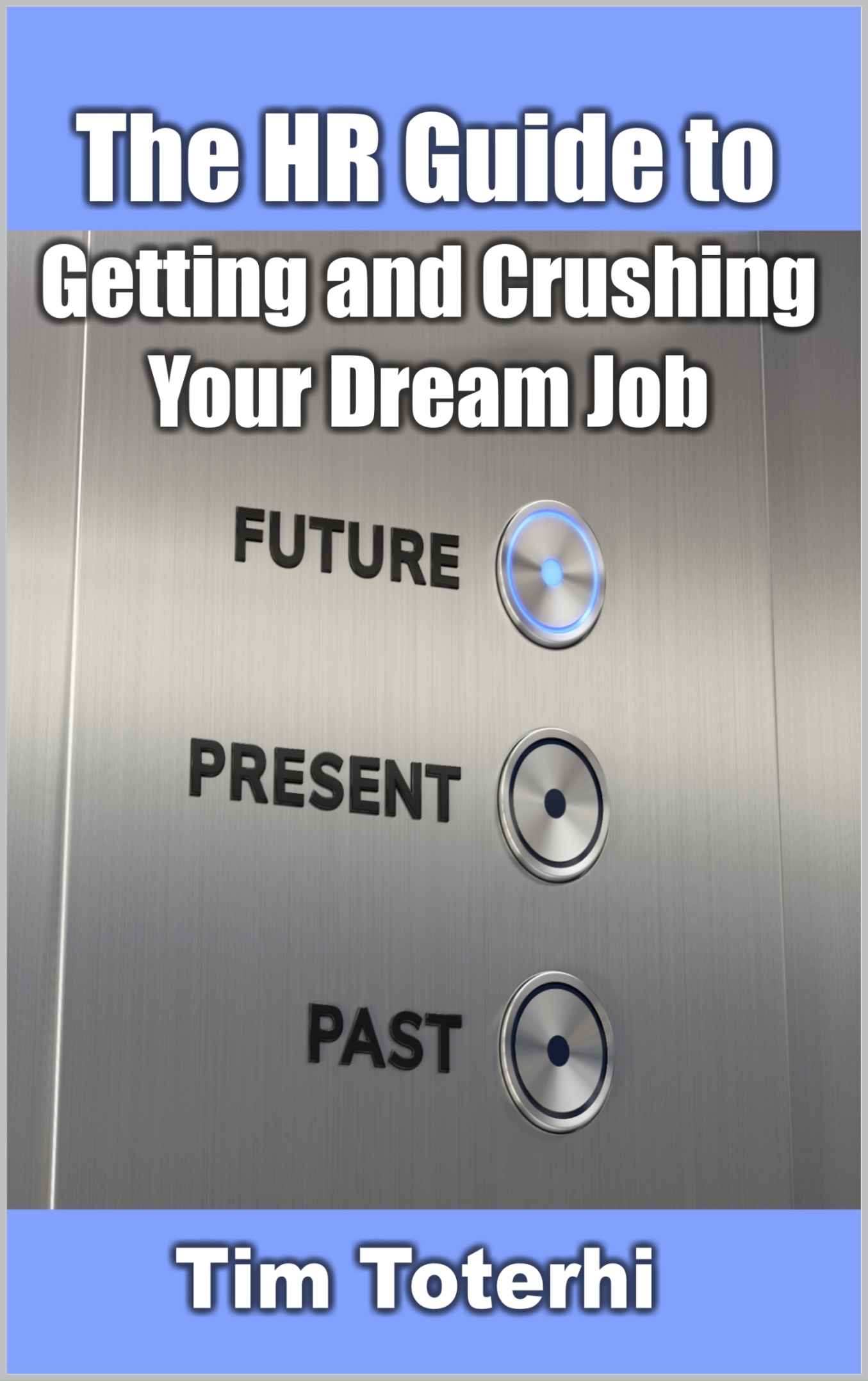 The HR Guide to Getting and Crushing Your Dream Job

People often assume that you have an abundance of free time when you’re job hunting. They figure you’re either phoning it in at a current employer or channel surfing in a bathrobe. The truth, however, is that searching for a new gig or vying for a key promotion is a full-time role in itself.

The HR Guide to Getting and Crushing Your Dream Job was written for busy high performers who want to quickly advance their careers. It leverages two decades of human resources and business experience, and is packed with over a hundred exercises that provide specific, easily applied actions to help you achieve your career aspirations.

Whether you’re a fresh graduate or an experienced professional, The HR Guide to Getting and Crushing Your Dream Job can help you. It offers an inside look at how Human Resources and managers make decisions on everything from hiring and promotions to doling out special projects and career-advancing assignments.

If you’re looking to change jobs, switch careers, or simply expedite your climb up the corporate ladder, The HR Guide to Getting and Crushing Your Dream Job offers the inside scoop on how to advance your career while balancing your life. 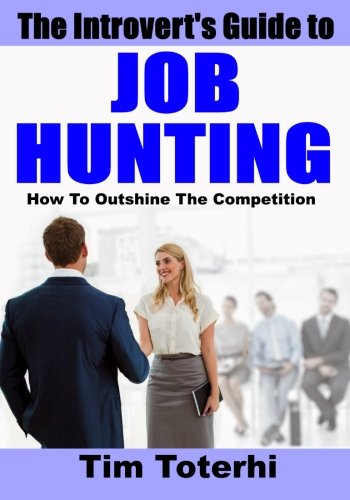 The Introvert’s Guide to Job Hunting

How to Outshine the Competition

Most career books take one of two approaches: They provide theoretical frameworks that are difficult to apply or they offer cookie-cutter answers to a series of stock interview questions that, in reality, rarely get asked. The Introvert’s Guide to Job Hunting provides a flexible, easy-to-follow process for selecting or affirming your career goal, crafting a rock star resume that sets you apart from the competition, and enabling you to confidently navigate the interview and negotiation processes. It also offers the perspective of top-notch career coaches, headhunters, and assessment experts.

The Introvert’s Guide to Job Hunting crosses experience levels, industries, and geographic boundaries. Whether you are an experienced professional seeking the next level, a career changer, or a recent graduate just getting started, it can help you achieve your goals. While this book specifically targets introverts, it also provides tips and techniques for job seekers who view themselves as more extroverted.