How to Speak Liberal 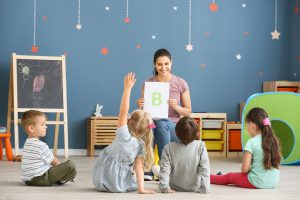 I’m tired of being lectured by social justice warriors, especially when they employ nonsense words. These crafty, self-righteous hall-monitors consistently repurpose language to fit their agenda and toss blame in your direction.

Woke? Give me a break. Keep saying it, but all I hear is fetch and fetch isn’t happening? Complaining about Toxic masculinity? Try standing up against absentee fathers. Want to fix the family unit? Welcome testosterone back into the social conversation and demand that men be real men. Dads matter. Racial profiling? Sorry, that’s criminal profiling. If you want to avoid being criminally profiled don’t act like a criminal. Notice police never arrest people in churches, libraries, or on sports fields. That’s because books and balls don’t look like guns. Stroll around a drug corner at 3 am donned in a crip starter kit, and you might have to answer a question or two.

Here’s a few more of my favorite language benders and what they really mean from a liberal perspective:

Want a socialist economy? Develop a proof of concept on your own dime. How about all the leftist actors like the F-bomb dropping Bobby-boy take the same salary as a key grip or other hard-working professional. You want to control corporate pay scales? Actors, you go first. #Capactorpay

You want to stand with Greta? Great, the environment could use the help. How about preaching less and doing more? Here’s an idea: Instead of wasting energy flying around demanding that conservatives give up their constitutional right to bear arms, how about forfeiting your privilege of driving cars? You’ll save lives and the planet.  #Demsdontdrive

You can’t promote inclusion and while living in gated communities. You can’t tout equality and then hand pick which groups qualify for special treatment. (Hear that, Harvard?) You can’t scream demands while shirking responsibility.  That’s how a child communicates.

How do you speak liberal? It’s easy.  Disregard their words and look to their actions. They aren’t saying anything.

We’ve all had someone drop a turd in our Zen Garden. Laugh it up with these books or give the gift of off-beat humor to that special sarcastic someone.