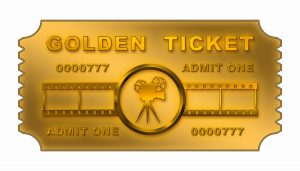 n Resources professional, I’m often asked about diversity and inclusion programs, work-life balance issues, gender pay practices, and most recently the concept of privilege. Rationale conversations involving both actual data and the experiences of each individual can help increase our collective understanding. But on social media we rarely hear from the rationale or the well informed.

For while now this video has been making the rounds on various social media sites. It shows a well-meaning, self-righteous adult lining kids up for a footrace for $100. Before beginning they are read a series of statements and are allowed to take two steps forward for each that applies to them. “If your parents are still married.” “If you never had to worry about your cell phone being shut off.” etc.

He then goes on to publicly shame the “white kids” who are, at the conclusion of the exercise, standing in front by noting that their head start had nothing to do with their actions (true) and the only reason they win the race of life is because of this advantage (assumption).

There are at least two design problems with the tool in this video that make it and the concept of privilege fundamentally flawed.

Beyond design, this video and its message is harmful by:

Privilege is a nonsensical term employed by those who want to appear “woke” without actually doing anything. It does nothing to influence behavior or promote change. Instead of hyper-focusing on theoretical privilege we should begin discussing the very real concept of Price – the cost children incur for the poor decisions of their parents.

Here’s the brutal fact. It’s not some mythical “man’s” fault if your father knocked up a teenage girl and split; if he chose drugs over education or the racetrack over a job. We have to stop looking to and blaming the past for our problems.

I’ve seen the poorest places in the world, areas that would make any American hard luck story seem like a paradise. And I’ve seen people from those areas come here and within two generations be counted among the “privileged” ranks. How? They work to ensure their kids are at the front of the line and set up to race well.

It’s time for native-born Americans of all races to adopt the same perspective…to look forward. We must each acknowledge reality, take accountability for our respective situations, and work to provide a better future for our kids. Paying today via smart choices and hard work reduces the price paid tomorrow.

It’s all about where we focus our energy and whom we tout as a hero. We all know the show’s theme song. “A couple of guys who were up to no good, started making trouble in my neighborhood. I got in one little fight and my mom”…completely abdicated her role as a parent.

The Fresh Prince’s fictional parents made choices that put him in the back of the line. They increased the price he’d have to pay for success. But where’s the spotlight on the Uncle Phil’s of the world? Why isn’t everyone hell bent on showcasing the values of hard work, delayed gratification, service, sacrifice, family duty, etc. that he readily displayed. Apply the same assessment tool noted above to his kids and they’d be at the front of the line. Is that black privilege? No. Different choices. Different outcome.

Privilege if at all real, is certainly relative. We all chase the next level – the American dream of having our kids do better than we did. But progress comes from lifting yourself up not by pulling others down. We each have the privilege to pay the price of success. For that, we should be grateful.