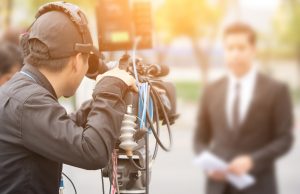 hey say that truth is stranger than fiction, but I’ve always believed them to be on equal footing. Too often, truth is fiction.

I learned this long before politicians spoke of fake news and alternative facts.

The con isn’t new. It isn’t unique to one party or platform. It’s agnostic, effective, and more convincing than any elected official.

I saw it firsthand nearly 30 years ago during a newsroom internship. I performed many tasks in those days, the most glamorous of which was selecting stories from the AP wire. My boss at the time taught me what had been taught to him: Chase the FADs.

I had the same question that just streaked across the periphery of your mind, but no, he wasn’t referring to skinny jeans or fat laces. He told me that if I wanted airtime or column inches, the stories I selected should contain Fear, Action, and Drama.

It’s a simple approach that wickedly applies to all segments and levels of media. As a point of illustration, consider what always gets airtime at the local level: fires, crime, and traffic accidents. But if you look closely, you’ll notice that they’re not all created equal. A fire is damaging, but not in itself newsworthy. Press comes from the FAD factor.

The process isn’t evil if you stick to selection. The trouble comes when you bend the rules, when the frustration of mundane days and innocent actions convince you to cut corners…to fabricate a plot point or two.

Of course it’s hard to manufacture the facts of a fire or fender bender. But crime, even the appearance of victimization…now we’re on to something. Same with politics and the relative rightness and wrongness of any issue. Lots of questions there. Lots of angles to exploit.

The story is always in the divide. Tilt your head and you’ll see the potential. Squint and soon you can edit your audience’s beliefs and manipulate their reactions. It’s easy to enhance the FAD factor if you’re willing to be bend. If you’re willing to breeze by facts to embrace theory and those who yearn to hear a specific story spun.

Suddenly a march isn’t a march anymore. It’s all marketing. Facts give way to backstory and what if reporting dials up the FEAR factor. Once you’ve got them, you can selectively edit the perspective to add ACTION and use creative camera angles to dial up the DRAMA. Then simply package the masterpiece into social media sized snippets, and sell the story to the true believers.

You’ll get the non-converted as well. The FAD factor cuts both ways. Shape the story right and you’ll have the other side even more engaged. FADs get them thinking. What if the “real” truth doesn’t come out? I have to do something. It’s now or never – us against them. The old fear, action, drama quickstep has us all dancing to a beat we can’t even hear anymore.

These days, an actual fad is being “woke”. The concept involves opening your eyes to the truth of what surrounds you. As much as I like the Matrix-based theme I think the inventors got it wrong. If you want to wake up, put down the screen, close your eyes, and listen. Lies are whispered, not shown. Your move?  Challenge what you hear and speak truth.