Trump is Us All 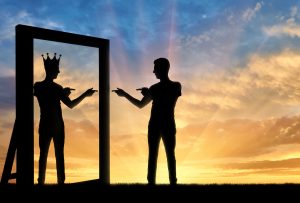 I’m not worried about Trump. Humans tend to learn from their mistakes and in recent years we’ve made a few when it comes to selecting presidents. In a way we deserve what is happening. The leaders we elect are simply distorted reflections of us and we have work to do.

Consider Obama. Smart, charismatic, and a political virtuoso. But in truth the resume was slim…very slim. Electing him president was the talent management equivalent of making a first line manager COE of Google. Why did it happen? Because he was the epitome of the “fake it till you make it” mantra. Given some distance you can see past the hype, even dissect the amazing, yet formulaic oratory that catapulted him to success.

The good news is we learned. Rubio, another smart young leader with decent potential, was found out early and cruelly dismantled by a bully. Maybe he’ll be back with more gray and less water bloopers. The bad news of course is we overreacted to the learning. We traded impotent intellect for spastic action, forgetting to insist on the competency we forwent in the prior round.

I say we deserve Trump because he is largely an unthinking Twitter-bot. And honestly, how much of that is a reflection of our collective selves? Everyone is incessantly barking for attention like puppies at the pound. Selling this, promoting that, shouting me, me, me at the top of their lungs. Others are worse, faking selflessness – advertising that they are “woke,” a victim, or just well, better than everyone else because they don’t eat meat, recycle, or “do mad burpees, yo”. Social media “stars” will be the death of rational thought.

Once we realize that looking at Trump is like looking into a mirror, we can own the flaws and try to change.

Perhaps our next president will be wise, humble, strong, kind, and fair. Perhaps that person will be selected based on acumen, experience, and character without regard for political positioning or gamesmanship. It’s a pipedream of course, but one that begins with individual accountability.

You’re not a victim. There is no man keeping you down. Wake up each day, try to be a better person than you were the day before and don’t advertise it. Maybe that will go viral and we’ll deserve something better.

Tim Toterhi is an author, career coach, CHRO, and speaker. But mostly he’s a husband, dad, teacher and student. Read more at www.TimToterhi.com